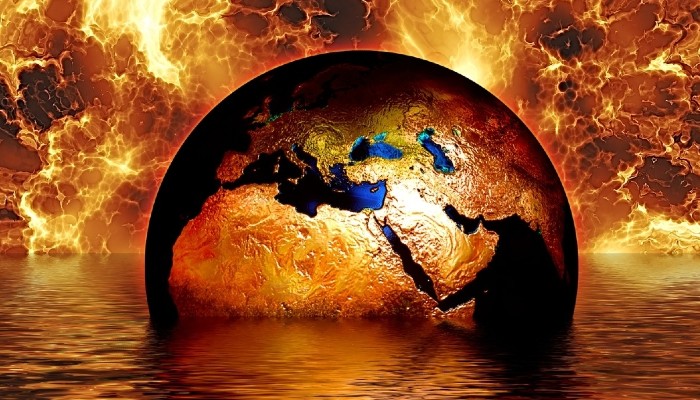 Both sides agreed to work together across climate mitigation, adaptation and resilience

Noting that India has always "walked the talk" on the climate issue, Executive Vice-President of European Commission Frans Timmermans assured that the European Union and India are working together for the green transition and the 27-member bloc is eager to expand that work.

Timmermans made these remarks during his keynote speech on Thursday at the World Sustainable Development Summit where he presided over the European Commission's work on the European Green Deal and its first European Climate Law to enshrine the 2050 climate-neutrality target into EU law.

The Summit was an important milestone for international cooperation on climate action. Leaders on both sides expressed their willingness to work in close partnership on issues that are critical in the fight against climate change, such as sustainable modernisation of the economy and energy efficiency.

"The European Union and India are already working together for the green transition and we are eager to continue and expand that work. The International Solar Alliance and the Coalition for Disaster Resilient Infrastructure are two excellent examples of our cooperation so far," he said.

The leaders on both sides reaffirmed the urgency of addressing international climate challenges and stated their commitment to a successful UN climate change conference (COP26) in Glasgow this November.

Emphasizing on the discussion that started at COP26 on phasing out coal and ensuring a just transition, he added that expanding cooperation on green hydrogen, including by organising a first EU-India Hydrogen Forum, is high on his agenda.

During his address, Timmermans noted that India was also a key player at COP26 in several ways.

"Prime Minister Modi's announcement of a 2070 net-zero target was very positive and very welcome. This target will help to steer India's own green transition, and in the context of COP26, it was this announcement that helped to bring the temperature goals of the Paris Agreement within reach. India has always walked the talk and we are therefore looking forward to the further plans for your green transition," he said.

"Submitting an updated Nationally Determined Contribution and a long-term strategy would enable India to take a leading role in the delivery of the Glasgow agreement, and make your country a global example. On several areas, India is already there. The commitment to install 500GW of renewable energy by 2030 is a prime example of India's global leadership," he added.

Timmermans further noted, “Developed nations failed to mobilise the 100 billion dollars in climate finance that was committed. We are however on track to reach that goal by next year by being in constant interaction with donors and I want to work to actually meet it this year.”

“Finally, and perhaps most importantly, COP26 gave us a shot at keeping global warming well below 2°C. And, if all pledges are fully implemented, the path could even bring us to 1.8°C. But 1.8°C is not 1.5°C. There is still a lot of work ahead to keep the commitment we made in Glasgow: We need to aim higher. So, our task is to continue working together to implement concrete domestic policies, and ensure that every party submits an NDC that is in line with the 1.5°C target," he added.

In a video message to the summit in Wednesday, Prime Minister Modi had said that equitable energy access to the poor has been a cornerstone of the government's environmental policy, and that environment and sustainable development have been key focus areas for him all through his 20 years in office, first in Gujarat and now at the national level.