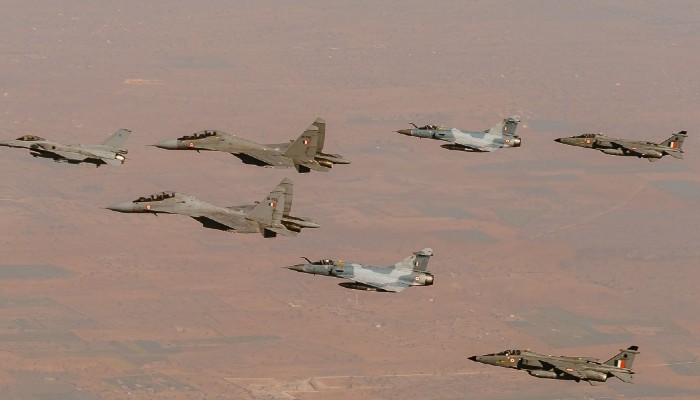 The Indian Air Force and the Royal Air Force of Oman have begun a five-day bilateral military exercise named Eastern Bridge-VI in Rajasthan.

The exercise is being held from February 21-25 at the Air Force Station Jodhpur.

This is the sixth edition of the joint military exercise that will provide an opportunity to enhance operational capability, display combat skills and interoperability between the two Air Forces.

The Indian Air Force took to Twitter to inform that Exercise Eastern Bridge VI was underway at "FullThrottle".

"To hone their skills, the participating forces are undertaking multiple manoeuvres under simulated combat conditions," the tweet added.

Participation of IAF and RAFO in this exercise will promote professional interaction, exchange of experiences and enhancement of operational knowledge, said the Ministry of Defence. It will also strengthen bilateral relations between the two countries.