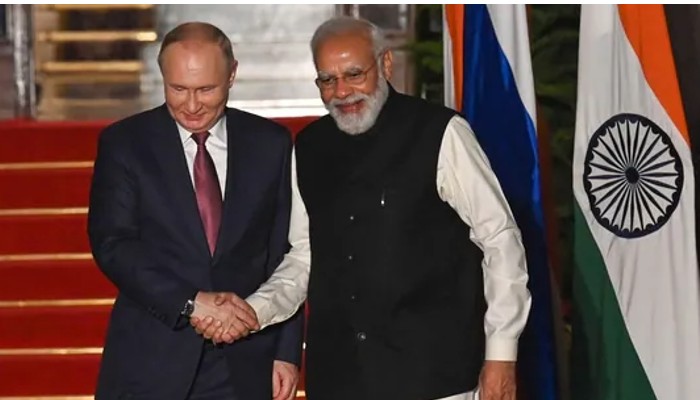 Prime Minister Narendra Modi on Thursday spoke to Russian President Vladimir Putin and appealed for an immediate cessation of violence, the Prime Minister’s Office said in a statement.

As per the PMO, Prime Minister Modi also called for concerted efforts from all sides to return to the path of diplomatic negotiations and dialogue.

Prime Minister Modi reiterated his long-standing conviction that the differences between Russia and the NATO group can only be resolved through honest and sincere dialogue.

Prime Minister Modi, as per the PMO, also sensitised the Russian President about India's concerns regarding the safety of the Indian citizens in Ukraine, especially students, and conveyed that India attaches the highest priority to their safe exit and return to India.

The leaders agreed that their officials and diplomatic teams would continue to maintain regular contacts on issues of topical interest.

Meanwhile, India said it was sending government teams for the land borders of Ukraine to help evacuate 16,000 Indians stuck in the East European country which came under Russian attack.

Teams of Indian foreign ministry officials have been sent to Ukraine's land borders with Hungary, Poland, Slovakia and Romania to provide assistance to any fleeing Indian nationals, Foreign Secretary Harsh Vardhan Shringla said during a special press briefing on Thursday.

“Over 20 officers are manning the control room 24x7. Russian-speaking officers have been sent to Ukraine. We do all possible to bring the students back,” the Foreign Secretary said.